The Bronx is up, but the Battery's Down 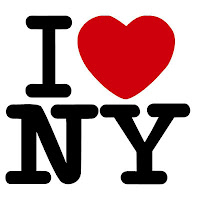 Image: http://i230.photobucket.com/albums/ee50/kurtenblog/i_heart_ny.jpg﻿
This post is inspired by Keris Stainton's new novel, Jessie Hearts NYC, and by Chicklish's New York Books Challenge. Now my interest is more older children's literature than Young Adult/ teen, but still, this got me thinking, so I came up with three New York-set books. (Another I loved recently is Unhooking The Moon, which I wrote about here). 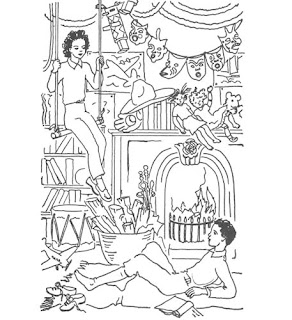 Image: http://media.us.macmillan.com/interiors/500H/9780312375980.IN01.jpg﻿
The Saturdays written and illustrated by Elizabeth Enright (1941)
The four Melendy children, Mona, Rush, Miranda (Randy) and Oliver, live in a brownstone in Manhattan with their widower Economics professor father, Cuffy, their housekeeper and Willy Sloper, the maintenance man. One rainy Saturday the children are in their Office at the top of the house, bored and wishing they had enough money to do something interesting, when they come up with a plan to pool their pocket money once a month so that they each get the chance to do something fun, and the Independent Saturday Afternoon Adventure Club- I.S.A.A.C- is born. The Melendy children's afternoon ambitions are in keeping with their creative and intellectual family life. Randy has ambitions to become a dancer or a painter; her Saturday is spent at an art gallery on Fifth Avenue, where she sees French paintings (Impressionist?) where she also learns to appreciate Mrs Oliphant, an elderly family friend better. Rush, who wants to be a pianist or an engineer, goes to the opera to see Siegfried- maybe this production at the Met?- where he also finds a dog that the family names Isaac. Mona, who wants to become an actress, goes and gets her hair bobbed, but also learns that growing up does not just mean changing the way you look. Finally, little Oliver goes to Madison Square Gardens to the circus, but comes home on a police horse.

The Manhattan setting is evocative; mentions of Tiffany's, Central Park, Broadway, Lexington Avenue will instantly take anyone who has visited New York City right back there. This book is no longer in print in the UK, but can easily be obtained online, or your local bookshop can order it from US publisher Macmillan's. 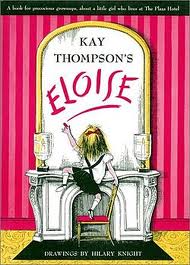 image: http://en.wikipedia.org/wiki/Eloise_(1955_book)
This, more than any other, is my New York book. Six year old Eloise lives with her English nanny, Skipperdee her turtle and Weenie her dog on the top floor of the Plaza Hotel, just of 5th Avenue near Central Park. Told in Eloise's voice, she talks us through her busy life at the hotel where her friends are the staff, and her mother occasionally sends for her to "Europe and to Paris... if there is any sun". Kay Thompson was a nightclub performer and friend of Judy Garland; one theory about Eloise is that it was based on Liza Minelli, although Thompson always said she herself was Eloise. 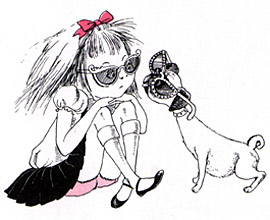 Knight's pink, white and black illustrations remind me of Ronald Searle's; of course the St Trinian's books are contemporary (1948-1953) with Eloise. The voice of the book reminds me a little of Lauren Child's  Charlie and Lola﻿ books. I bought this book at the 5th Avenue Barnes and Noble store (the only place other than the gift shop in the Museum of Modern Art that I encountered any of the famous New York rudeness!) and it is a big part of my memories of that trip. With the strapline "A book for precocious grown-ups", it was originally written for adults (also like St Trinian's), although revisions were made when it was republished for children. However, you can still see the gin bottle in Eloise's bedroom on pages 20 and 21! Again, shades of St Trinian's!
From the Mixed Up Files of Mrs Basil E. Frankweiler by E.L. Konigsburg (1967) 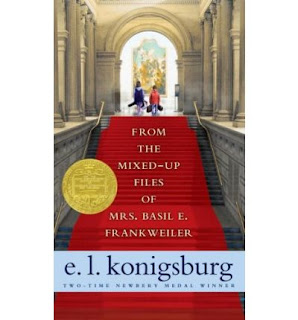 Image: http://www.bookdepository.co.uk/From-Mixed-Up-Files-Mrs-Basil-E-Frankweiler-Konigsburg/9780689853548
If you were going to run away from home, the detail that you put into your planning and what you consider important will give away a lot about your character. My running away fantasies involve a cottage by the coast, a large pile of books and no phones, which probably tells you something about me! However, 11-year-old Claudia Kincaid  is a practical sort of person who doesn't like discomfort. She decides to take her 9-year-old brother Jamie, because he is a frugal boy who has not wasted his pocket money on baseball cards. Claudia is resentful and feels unappreciated at home. She decides after extensive research to run away to the Metropolitan Museum of Art, a place of culture and beauty. At the museum the children sleep in a state bed (possibly like this one), wash in the fountains and eat in the museum cafe, using the money they have saved and later funds that they fish out of the fountains. During their stay the children become fascinated by the statue of an angel sold to the museum by Mrs Basil E. Frankweiler, of Farmington, Connecticut, and are determined to find out whether or not it was sculpted by Michaelangelo. Eventually they travel to Mrs Frankweiler's house and search the mixed-up files of the title for the answer. However, the story is also the story of Claudia's discovery that she has run away to find herself, as so many stories are.
Mrs Frankweiler serves an interesting role in the book, which opens with a letter to her lawyer (a similar device is used in Charlotte Bronte's The Professor, Emily Bronte's Wuthering Heights and Anne Bronte's The Tenant of Wildfell Hall), and she serves as (an unreliable) narrator, a facilitator and ultimately frames the novel with an address to her lawyer, who is unexpectedly also connected to the story.
So interested are many visitors to the museum in this Newbery Medal winning book that the museum's website has these frequently asked questions! And of course many museums do have sleepovers. It's a great New York book, featuring Grand Central Station, the (now closed) Donnell Branch Children's Public Library and the Grand Central Post Office. I adored the New York Public Library.
The book has been adapted twice: the 1973 film version had Ingrid Bergman as Mrs Frankweiler.
I would recommend The Saturdays to 8+, Eloise to be read to 4+ and to read alone 6+, and From the Mixed Up Files of Mrs Basil E. Frankweiler for 8+.

I'm eagerly awaiting a copy of Jessie Hearts NYC, and will be writing about it as soon as possible!
Two of my favourite New York songs:
Piazza New York Catcher by Belle and Sebastian (a very bookish band!)
Elegance from Hello Dolly! Any time Brits feel like laughing at Dick Van Dyke's London accent in Mary Poppins, check out Michael Crawford's Yonkers accent and blush.
Posted by Ali at 20:59