Michael Gove has been inspired by a Charter School in Harlem, New York, to say that State educated children should read 50 books a year once they are at Secondary school. In my opinion there should be the space in the curriculum (at both Primary and Secondary school) to read more, but I am not in favour of proscribed book lists, and it seems that the revised National Curriculum for England and Wales may have booklists.

I was thinking about my own reading when I was 11. I have a diary from that age, where I listed some of what I had read over the past year. The list included:

Smash Hits magazine
Jackie magazine
Carrie by Stephen King
Pride and Prejudice by Jane Austen
I Capture The Castle by Dodie Smith
The Little White Horse by Elizabeth Goudge
Strangers at Snowfell by Malcolm Saville
The Hobbit by JRR Tolkein (I read this in English lessons, much to my disgust since I had read it before with my dad)
The Otterbury Incident by C Day-Lewis (this was in English lessons at school. I hated it and have never read it since)
Emily by Jilly Cooper
The Mysterious Affair at Styles by Agatha Christie
Watership Down by Richard Adams- I had been to see the film
Tarka The Otter by Henry Williamson (Another read at school- I got in trouble for reading ahead of the class)
The King of the Barbareens by Janet Hitchman (This may have been a school read. I remember nothing about it except the title) 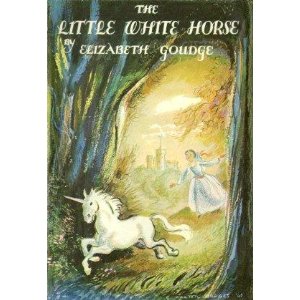 As you can see, quite a variety, and like many young readers I switched from approved "literature" to material adults would have tolerated (magazines) to books that would have been considered too unchallenging (The Little White Horse) to books that definitely would not have been approved- Jilly Cooper and Stephen King.

I was tormented at school with A Kestrel For A Knave by Barry Hines. It is undoubtedly a brilliant book, but it meant absolutely nothing to my classmates and I growing up North West of London in the early '80s. Unbelievably I don't think my teacher made any links between Billy's situation growing up in a mining town in Yorkshire in the 1960s and the closure of the mines in the early '80s. I don't remember watching the film at school. However, To Kill A Mockingbird by Harper Lee, from the Deep South of USA in the 1960s, resonated with me, growing up in an area painted with swastikas and National Front slogans following the riots in many inner city areas in the 1980s. (I am not suggesting that the Home Counties were like Alabama, of course, but the central message of respect for difference translated to the late 70s/ early 80s, when skinhead attacks and black football players being greeted with monkey noises and bananas thrown at them were common).

If the list is going to be a suggestion of the range of books children and young people should encounter at schools, as an entitlement, then I am in favour of this- what I have omited from my list is the inexplicable number of Westerns and Steinbeck we read in my second year at Secondary school (I remember Shane, The Red Pony, The Pearl, Of Mice and Men, mostly because I loathed them and have never willingly read or watched a Western since); I was miserable in English Literature that year. Young people should be entitled to be introduced to Western and American literary classics, but also poetry and literature from other countries, biography and autobigraphy, diaries and letters, realist and fantasy novels, modern drama. And crucially, schools should be free to choose the texts that are most appropriate to their students and their situation.

Parents also have responsibility for their children's reading development, ensuring that they belong to the library and are allowed to choose books for themselves. Of course, parents need to model reading behaviour as well. However, children and young people must also be allowed free rein to read what they like. If this includes blogs, magazines, intructions for games, comics and graphic novels, song lyrics, Justin Bieber's autobiography, supernatural romances- does this count in Gove's opinion? Maybe given some adults' aversion to reading we should be impressed if they're reading anything at all.
Posted by Ali at 16:20