As a girl growing up in the London commuter belt in the 1970s I think my love of school stories came from two sources. One was my weekly fix of Bunty, which I bought with my pocket money, and would often wander into the road because I couldn’t wait to start reading it on my way home.  My favourite story was The Four Marys, about four girls at St Elmo’s boarding school, who had various adventures- I seem to remember them catching burglars- and possibly there was a teacher who was a spy? 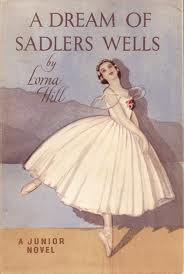 My mum was a Liverpool grammar school girl. The daughter of factory workers, who grew up in the 1940s, she loved the Chalet School books and Lorna Hill’s Sadler’s Wells books. These were books about the Sadler’s Wells ballet school, and tended to be about older girls that the general school stories.

I loved Mallory Towers and St Clare’s books by Enid Blyton, and the wonderful books about the Marlowes by Antonia Forrest. I don’t remember getting them from the library, so I am fairly sure that I collected school stories from jumble sales and church bring and buys. I carried on collecting and reading Dimsie, Angela Brazil, Abbey school and Chalet School books well into my University years.
What was the attraction of books about boarding school stories from the 1930s- 1960s to a girl going to state schools in the 1970s? Well, for me they had strong girl characters (as I’ve mentioned in previous blogs, I was not keen on books with no girls, or weak girls). The girls were away from their parents, overcame difficulties such as being wrongly accused of cheating or stealing, making and losing friends, and in the case at least of the Chalet School, getting lost on mountains, falling through ice when skating on a lake or being involved in a train accident. The girls almost always navigated their own difficulties, often rescuing their friends from greater or smaller problems, since they were away from parents. However, this is not a Lord of the Flies world- there is a structure provided by rules, timetable, regular meals and a school staff to provide protection and enforcement.
Like the fantasy genre, most successful novelists created a whole world, usually sustained through a series of novels. The exception was Angela Brazil; and this may be why she is less well known today.  I think the benefit of a school setting is obvious for writers of fantasy novels for children and young adults. The familiarity of the school structure grounds the authors, making their fantasy worlds more believable, and the removal of the protagonists from the care of their families allows them to be put into dangerous situations in a credible way. After all, children at school encounter challenges and dangers that adults cannot experience.

The Worst Witch by Jill Murphy was first published in 1974, and is aimed at younger readers than most of the books in this blog. Mildred Hubble and her friend Maud are new pupils at Miss Cackle’s Academy for Young Witches. Mildred is a well meaning young witch, but she is clumsy and careless, and manages to, amongst other things, turn a stuck up classmate into a pig, ruin a broomstick riding display and, by making a mistake in her potion test, turn Maud and herself invisible. However, she saves the day by accidentally stopping rival witches from taking over the Academy.

Witch Week (1982) by the wonderful Diana Wynne Jones is one of the Chrestomanci series of novels. These are set in a number of parallel worlds connected to ours, where in general the landscape, natural world and society resemble Britain, but magic exists and is more or less accepted. Chrestomanci is responsible for regulating the use of magic in these parallel worlds. Witch Week is set in world Twelve C, where magic is present but illegal, and punishable by death by burning (the setting is contemporary).  Larwood House is a boarding school, but not a well funded one, for the children of executed witches. The Geography teacher, Mr Crossley, finds a note claiming that someone in class 2Y is a witch, meaning that the inquisition must be called in. Unfortunately the most unpopular members of the class, Charles Morgan and Nan Pilgrim, have just discovered that they are witches.
Wynne Jones is a fabulous writer (and sister of Isobel Armstrong, poet and Emeritus Professor of Victorian Studies at Birkbeck, University of London), and I think unfairly overshadowed by some later and inferior writers. One of the subtleties of this novel is that Charles and Nan, although victims of teasing and bullying, are in fact not particularly likeable characters at the beginning of the book. Charles is antagonistic and a know it all; Nan can’t stop talking and is tactless. Wynne Jones develops their characters in a way that does not eliminate their negative traits, but demonstrates how in some circumstances these can be positives, and the school setting is integral to this process. The children must learn how to tolerate each other, and eventually identify the positive aspects of their classmates’ characters in order to survive. While the Chrestomanci series nominally has a reading order, starting with The Lives of Christopher Chant, I would suggest starting with Charmed Life, as it has more of Chrestomanci in it and demonstrates how he controls the use of magic. Sadly, Diana Wynne Jones is very ill, and it is to be hoped that she recovers soon.

Before Anthony Horowitz’s Stormbreaker, featuring teenage spy Alex Rider, was published, he was a struggling children’s author and was considering giving up and focusing on his writing for television (he wrote Foyle’s War.) But he wrote Groosham Grange (1988) intending it to be a series- there are only two novels so far, and the rather (in my opinion) mean spirited comments on his website may suggest why he never went further than Return to Groosham Grange (first published as The Unholy Grail in 1999).
Horowitz has stated that Groosham Grange was influenced by his unhappy experiences at boarding school. David Eliot, the seventh child of a seventh child, is a great disappointment to his father, a merchant banker, who makes various very funny “when I was your age...” speeches. At the beginning of the book David has just been expelled from Beton College, where the boys must wear top hat and tails, say Good Morning in Latin and clean the older boys’ shoes.  His parents are (in a slapstick way) violent and cruel people, and when a prospectus for Groosham Grange school mysteriously arrives they send him there without any further investigation, mainly because it promises discipline and only one days’ holiday a year. The prospectus boasts that it’s the only school with its own cemetery!
The school is off the coast of Norfolk, and on the train journey from Liverpool Street, David meets Jeffrey Jones, who has been bullied because of his weight, glasses and stammer, and Jill Green, who ran away from her Swiss finishing school because she was so unsuccessful with the ladylike tasks she was given. The curate they meet en route faints when he hears that they’re going to Groosham Grange, and at Hunstanton they’re met from the train by a hunchback called Gregor, then rowed to Skrull Island by a pirate, Captain Bloodbath.
The rest of the children at the school seem mysteriously well behaved. The deputy head has no reflection, the French teacher M. LeLoup vanishes every full moon, the English teacher teaches Shakespeare as if she knows him personally, and the Science teacher and Matron has a very jealous pet crow. Jill and David can’t wait to get away, particularly after the Department of Education visitor dies in mysterious circumstances. Jeffrey, however, is very happy at the school, and is soon wearing the school ring that all children and staff are wearing...
As I have said, Horowitz’s website seems to be hinting at the similarities between Groosham Grange and the Harry Potter series. However, this first novel is not the story of a rejected child happily finding immediate acceptance in a magical world that is mostly wonderful and joyous, with warm, cosy dormitories, delicious food and fun learning. Groosham Grange is a dangerous, hostile place in this novel, and David eventually must make a choice to stay that is really no choice at all. It reads very much as the set up for a series, and I have the second novel to read as I’m intrigued to find out whether he grows to enjoy school.

Harry Potter of course is the best known of the fantasy school story genre. First published in 1997, it has become a global phenomenon, initially by word of mouth. It is one of the very few cases in children’s literature where the author is as famous and internationally recognised as their literary creation- Roald Dahl, maybe, is the only other one.  Her life, like that of the Brontes or Dickens, has become as mythologised as that of her creation- for example the stories of how the book was written in a cafe in Edinburgh while her baby daughter slept in her pushchair, which Rowling has largely discredited. There is no need to summarise the plot, as I am certain that my readers will be familiar with it, but I would like to state why I believe the novels are so successful.
Firstly, I think that Rowling creates a very believable alterative world. The magical world has a centre of commerce (Diagon Alley and Gringott’s bank), an administrative centre (Ministry of Magic) a sport (quidditch) and a specialist vocabulary (muggles, auror, animagus, Golden Snitch), as well as an education system (OWLs and NEWTs). These elements lend credibility to Harry’s adventures.
Secondly, the novels grow (in complexity, in the challenging nature of the themes, and somewhat regrettably, in length) with Harry and his friends. The nature of the dangers and the independence with which the children face them become increasingly threatening as the series continues, but at the same time, the other challenges in Harry’s life, both internal and external, are recognisable. He must deal with an unhappy home life, nasty classmates, seemingly unfair teachers, arguments with friends and romantic relationships as well as coming to terms with the loss of his parents, learning some unpleasant facts about his father and learning to channel his aggressive side. The knowledge he gains about himself and his background are also proportionate in each novel with his level of personal development.
Thirdly, Harry and his friends are clearly modern children. The detail about their clothing, the sweets, the different standards of brooms, and the envy of children with the best equipment and the teasing of children with lesser, including the Weasley’s worn out owl and Neville’s unglamorous toad) enables the reader to visualise the characters, to locate them within the society, and for children, to empathise with the characters and recognise similarities amongst their own friends.
I would recommend The Worst Witch to children newly independently reading.
It was made into a popular ITV programme. It has frequent illustrations, and Mildred’s adventures are great fun. Groosham Grange may appeal to fluent readers with a taste for puns and gore.  Witch Week to my mind is perhaps for readers with a little more endurance as readers- it is more of a slow burn than the others, but a child (or adult!) that has enjoyed Harry Potter would probably enjoy the Chrestomanci series. There is some fun Harry/ Mildred fan fiction here, if you’re a fan of both!