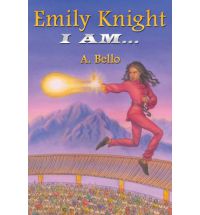 I am grateful to the author for sending me a review copy of this book. The opinions expressed in this review are my own.
Posted by Ali at 20:19

Email ThisBlogThis!Share to TwitterShare to FacebookShare to Pinterest
Labels: A. Bello, diversity, Emily Knight I Am